Your work makes an impact.
Let’s celebrate it.


The Adobe Government Creativity Awards program is on hold and no new submissions are currently being accepted. Please check back soon for updates.

The award that recognizes talent and creativity in government.

It’s important to celebrate great work that makes a real difference. Browse past winners to get ideas and inspiration from your peers.

Congratulation to the winners & finalists of the 2021 Adobe Government Creativity Awards. 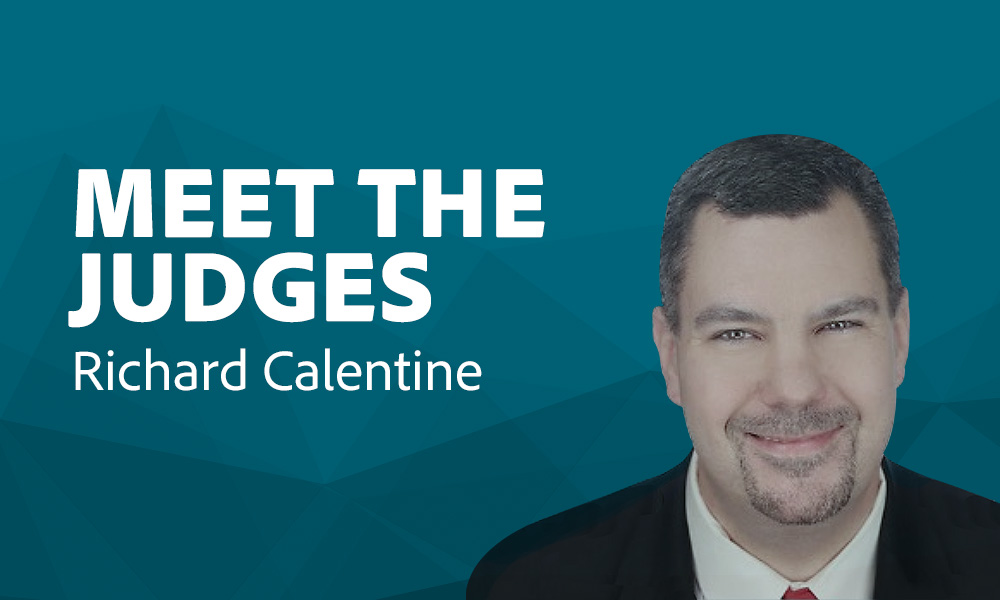 Richard Calentine is a Sr. Value Strategist at Adobe Systems Federal team, supporting Federal, Civilian, State & Local, and Canadian customers by helping answer the “value” question. He works with customers to understand the current state metrics to calculate the potential future state incremental financial benefit by identifying areas for improvement and performing a functional analysis. Working with Customer Success Managers for post-sales communication and with customers for best practices in the implementation of Adobe solutions and value achieved. giving the information back to the pre-sales team. Richard has been at Adobe for eight years, supporting Public Sector for the last five years. Richard has spent the last 16 years in digital marketing, with 7 of those years as a customer of Adobe, in various positions, from digital analytics, site optimization, process improvement, and customer experience. 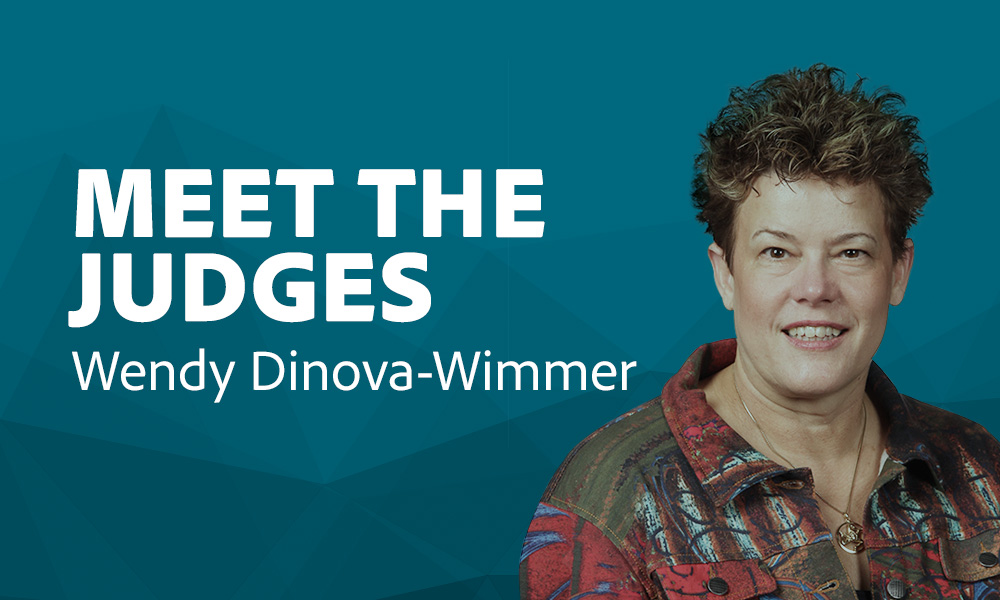 Wendy Dinova-Wimmer is a Senior Digital Media Architect in Adobe's Office of Public Sector CTO. She focuses on using Adobe's digital media tools to create innovative solutions for our public sector customers. Prior to joining Adobe, she spent over two decades as an employee and in support of the federal government, where she used her expertise in multimedia forensics, 3d animations, video production and visualization. 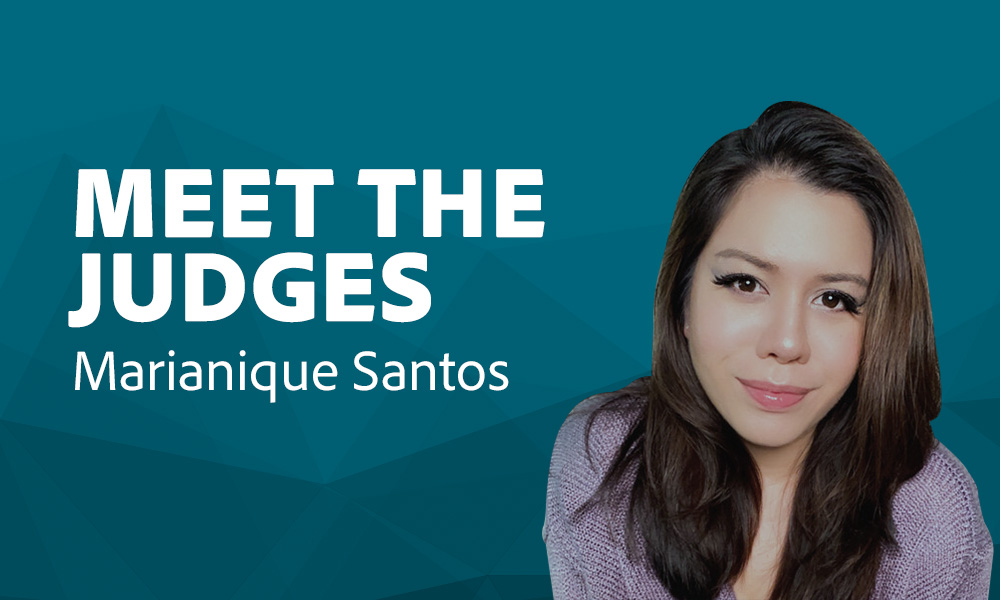 Marianique is currently the noncommissioned officer in charge, Strategic Communications, at the Army & Air Force Exchange Service headquarters in Dallas. In this capacity she serves as a creative director and leads teams in producing multimedia products supporting AAFES initiatives and relevancy communication products on print, web, and social media. She is the sole military public affairs specialist on the AAFES HQ staff and advises Corporate Communication and General Counsel on Department of Defense visual information policy. She has served in the Air Force for almost ten years as a public affairs specialist, photojournalist, and multimedia producer, garnering awards in writing, photography and video production at the major command, Air Force and Department of Defense levels, including Air Force Photographer of the Year in 2015 and 2017.

Marianique is well versed in the tactical and strategic levels of communication. She worked as a tactician at the base-level overseas and documentation as a combat cameraman. At the strategic messaging level, she’s worked directly for the Secretary of the Air Force and Chief Master Sergeants of the Air Force and Space Force on videos and graphics for conferences and messaging campaigns.
Marianique holds a bachelor’s degree in Communication and associate's degree in Public Affairs. She attended the world-renowned photography workshop, the Eddie Adams Workshop, wherein only 100 participants are selected all over the world every year based on their portfolio submissions. She is also a graduate of the highly-selective Military Photojournalism Program at Syracuse University, New York, where she won 1st place for the Associated Collegiate Press’ Pacemaker Award for Feature Photography. Her photos have been published in multiple books and publications. She was also the Photography winner of the 2019 Adobe Creative Awards for her coverage of the 58th presidential inauguration.

Marianique has produced and edited print, graphics, and multimedia products with Adobe software throughout her career, both on Mac and Windows. She has mentored in multiple civilian and military photography workshops and judged multimedia contests for both the DoD and Civil Air Patrol. In her free time, Marianique continues to pursue her academic endeavors, improve her craft as well as practice traditional art and cooking as a form of relaxation. 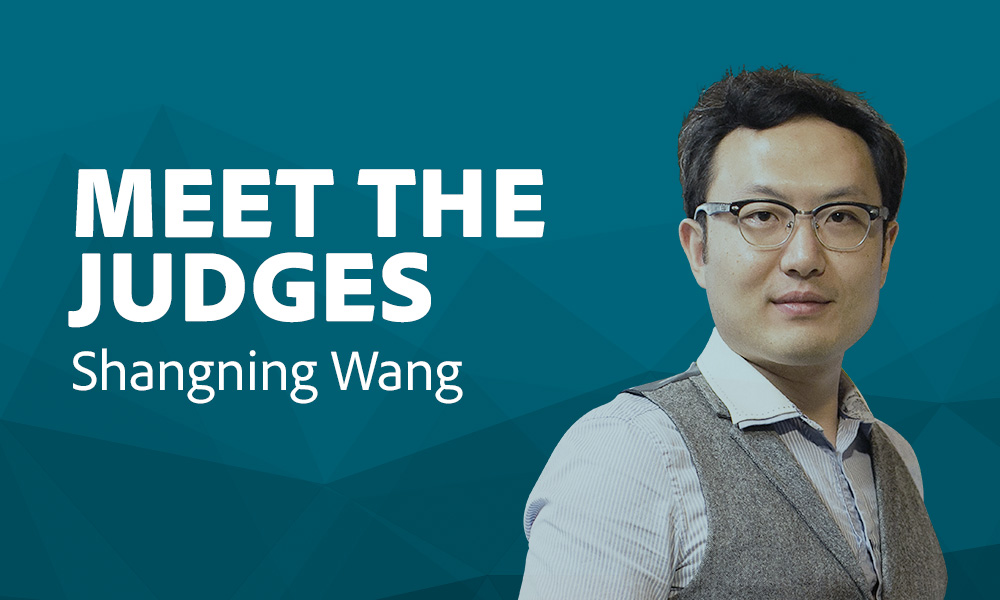 In the past few years, he received more than twenty global awards for his work. His works were exhibited in many cities around the world.

His design works also have been published in many design magazines and featured on more than thirty graphic design blogs. His work has currently been featured by the Adobe InDesign 2020 as the Splash Screen.

He always believes good design can save the world with passion, dream, and love! 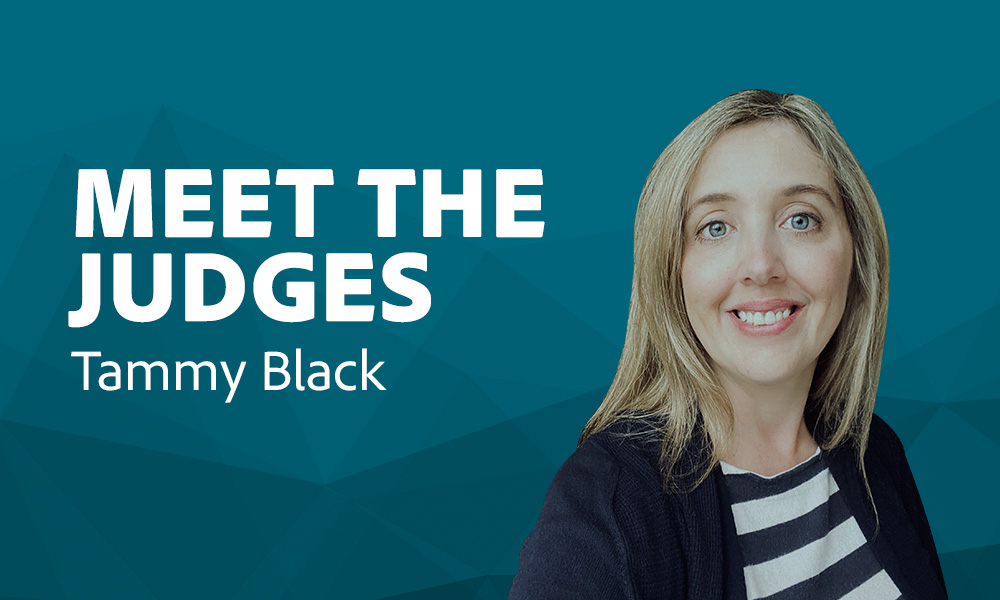 She excels at supervising creative teams who concentrate in visual and UX design, working closely with them to ensure the highest of design standards.

Tammy has led the creative direction across many platforms and products, most recently for Recreation.gov where she oversaw a design team to develop branding for everything from the website to slick sheets to branded socks. Her team’s work garnered Hermes Creative and National Association of Government Communicators awards.

Tammy Black is a Senior Creative Director at Booz Allen Hamilton with over 20 years of experience.

Paul is a Digital Media Solution Consultant at Adobe. His long and varied design career has included work as a photographer, curriculum designer, user experience designer, and front-end web developer. In addition to his work at Adobe, he currently leads the Adobe Creative Cloud Meetup group in McLean, VA, which has over 300 members.

Paul is a Digital Media Solution Consultant at Adobe. 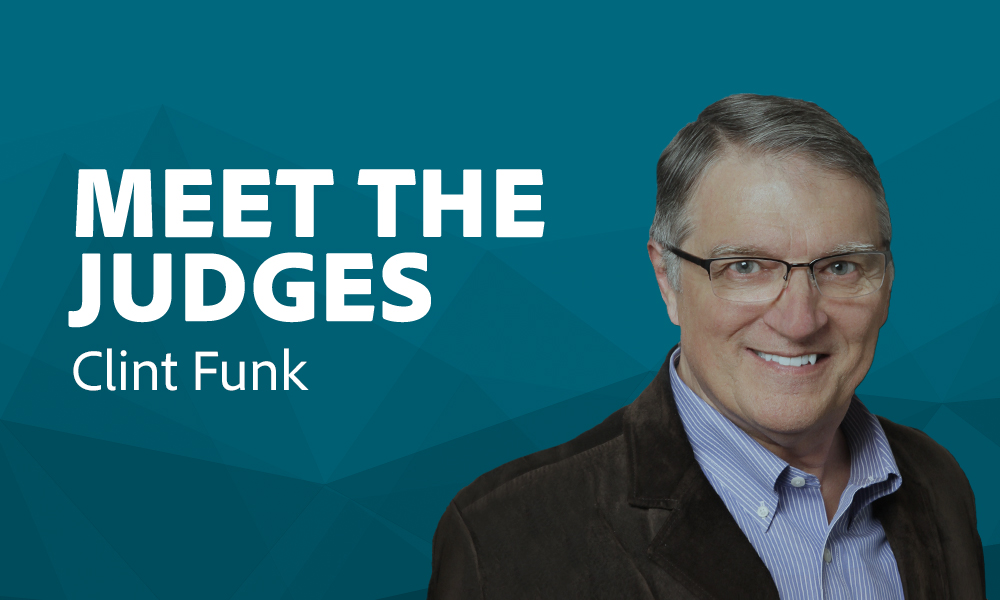 A Senior Digital Media Public Sector Solutions Consultant at Adobe, Clint helps Adobe public sector customers realize the benefits of digital transformation. He’s held a variety of positions in his 20-year career at Adobe and comes from a print, graphic arts, and photography background. He’s published in a number of magazines, newspapers, brochures, and marketing pieces, and he’s co-authored two books on the printing industry. 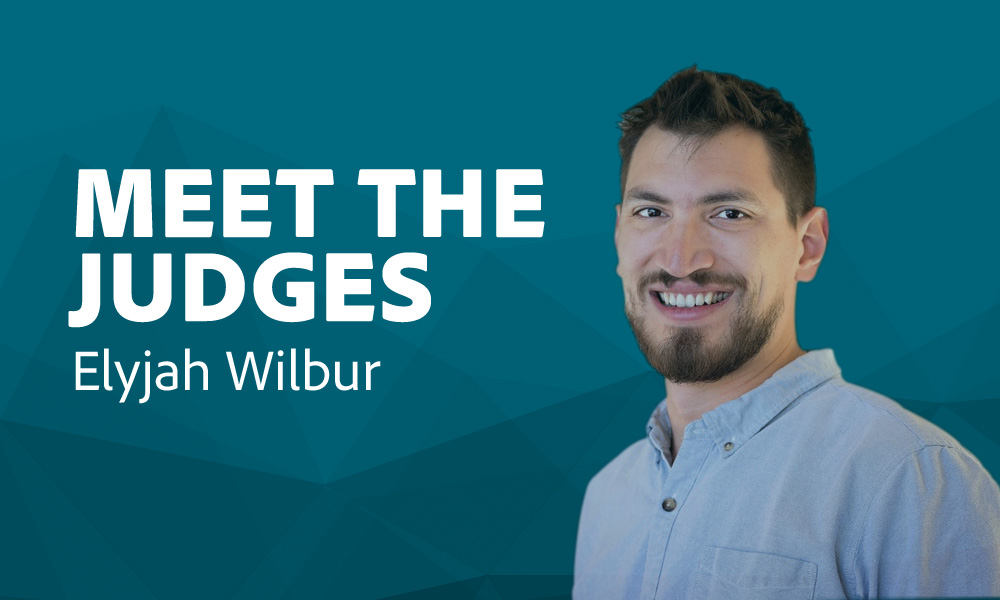 Elyjah is currently a Video and Multimedia Technician for the City of Roseville where he produces video content, manages photography needs, and provides broadcast services for the Roseville City Council and various other boards and commissions. He has been with the City since 2015 and prior to that worked for Youtube channels SMOSH and BuzzFeed.

Elyjah studied Digital Film and Video Production at the Art Institute of California – Sacramento where he achieved his B.S. His creative and technical prowess as well as his understanding of viral content has been recognized by the California Association of Public Information Officers for his work on the City of Roseville’s monthly web series and his contributions to other campaigns and initiatives by the City of Roseville.

Elyjah has been using the Adobe Creative Cloud throughout his career for video, photography, design and beyond. When he is not making videos, he’s either trying new restaurants, playing with his 3 dogs, or exploring Downtown Sacramento.

Elyjah is currently a Video and Multimedia Technician for the City of Roseville.

The competition is divided into six categories. You can submit up to three different projects per category, but each individual project can only be submitted to a single category.

Entries may showcase a single image or a series of up to ten (10) related images created for the purpose of engaging constituents and/or government employees in public service communications, programs and/or training. The images must be photographic in nature and must have been digitally enhanced or artistically manipulated primarily (over 50%) with Adobe apps such as Adobe Photoshop and Lightroom.

Entries may showcase print and/or digital formats. They may include brochures, reports, and/or presentations that illustrate research, explain concepts and statistics, and/or deliver important public service information. They may also include social media, marketing, and/or exhibition materials designed to engage constituents and/or agency employees. Entries must be graphical or illustrative in nature and must have been created primarily (over 50%) with Adobe apps and services such as Adobe Illustrator, InDesign, Photoshop, Adobe Stock, and mobile apps like Adobe Spark.

Entries may showcase videos with any combination of live-action, computer-generated graphics, visual effects, text animations, and digital reproductions of drawn images created for the purpose of engaging constituents and/or government employees in public service communications, programs, and/or training. Only the first five minutes of the video will be judged. Entries must have been created using Adobe apps and services such as Adobe Premiere Pro, Premiere Rush, After Effects, Animate, and Adobe Stock for at least 50% of the work in the process of editing visuals, editing and/or enhancing effects, or showing other expertise in post-production or animation.

Entries may showcase websites, intranets, mobile applications, digital games, and/or real-time interactive experiences created for the purpose of engaging constituents and/or government employees in public service communications, programs, and/or training. Entries must have been created using Adobe apps and services like Adobe Dreamweaver, XD, and Adobe Stock for at least 50% of the work on the front end or back end of the site(s).

Entries may showcase a single marcom or up to ten (10) related marcom pieces including reports, presentations, infographics, PR communications, social media content, and more — all created for the purpose of engaging or informing constituents and/or government employees. The pieces can include simple graphics, web pages, short videos, and other content that has been created primarily (over 50%) with Adobe Stock and web and mobile apps like Adobe Spark and Premiere Rush.

To qualify for this cross-category award, entries must include a set of creative assets used across multiple marketing channels—such as social, online, print, video, and events—for the purpose of delivering important public service communications or engaging employees. Discreet assets or components of a multi-channel campaign can also be submitted to the following categories: Photography, Graphic Design, Video, Web and Mobile Design, and Visual Communications. Multi-channel Campaign entries must include a minimum of three (3) types of creative assets and a maximum of five (5) creative assets. For example, the brochure for a park exhibit may be entered in the Graphic Design category (with one lead entrant), but the brochure, signage, web presence, and social media assets would be entered together as a Multi-channel Campaign entry.

In 2021 we introduced a new award for a talented creative team or individual working with a government department or agency. The winner’s work demonstrates design skill and creative thinking in any of the competition categories.

A panel of qualified industry experts will evaluate and score all eligible submissions. They'll choose the top talents for each category using the criteria below.

Log in with your Adobe ID or Enterprise ID and create a profile. Or create an ID if you don't have one already.

Upload your work to Behance.

Connect with the community through Slack and Behance.

Participants must be over 18 years of age and projects must be for a government, quasi-government, or public service organization.